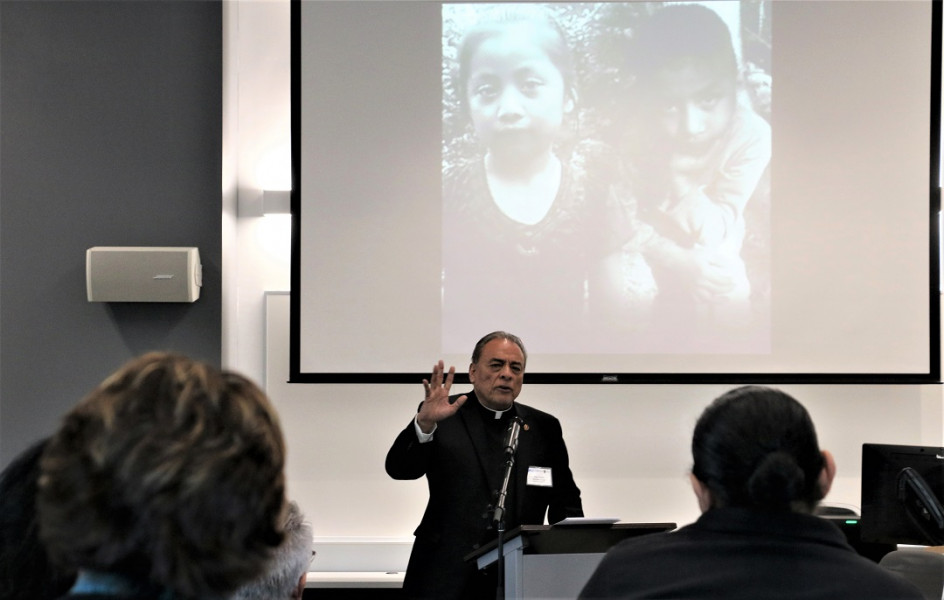 "We are priests to love God in the way we serve God's people, giving priority to the poor and standing in solidarity with all who foster Jesus’ vision of a world filled with love, justice, mercy, peace, and care of our common home." — Rev. Msgr. Arturo J. Bañuelas

A native of Pecos and El Paso, Msgr. Bañuelas has most recently served as pastor of St. Mark Parish since 2015, where he will finish his 46 years of dedicated and consequential service.

During his early years in the priesthood, he co-founded a Ministry for the Divorced and Separated, and the Diocesan Commission for Evangelization for Hispanics. He served as co-director of the Permanent Diaconate Ministry under Bishop Raymundo J. Peña. From 1976 to 2014 he served Santa Lucia, now St. John Paul II, and St. Pius X Parishes, and spent time studying in Rome.

Bañuelas’ service as pastor of St. Pius X from 1988-2014 is particularly noteworthy. In his book Excellent Catholic Parishes (2001), Paul Wilkes singled out St. Pius X Parish as "not only one of the most outstanding Hispanic parishes in America, but one of the best, period."

Msgr. Arturo is the founding director of the Tepeyac Institute, a diocesan ministry formation center. Established in 1988, Tepeyac is one of the largest in the nation training laity for parish ministry. He co-founded the Academy of Catholic Hispanic Theologians of the United States (ACHTUS) in 1989, and was named president in 1991. Bañuelas founded the El Paso Inter-faith Alliance in 2013, and, in 2015, established the Hope Border Institute–Instituto Fronterizo Esperanza, which focuses on justice issues in the three border dioceses of El Paso, Las Cruces, and Juárez.

Since 2006, he has trained over 65 missionaries to minister to the Raramuri people in the mountains of southern Chihuahua during the summer months. His parish mission groups have traveled to Honduras, China, Cuba, and to Kenya, where they built a water well in 2013. Msgr. Arturo also organized West Texas Mission immersion trips to Balmorhea, Fort Davis, and Saragosa.

In 2016, Msgr. Bañuelas and the St. Mark community built a shrine for a 30-foot statue of Our Lady of Guadalupe. The sacred space presents an invitation to pray, reflect, and to gather together.

In 2018, he was awarded an honorary Doctor of Ministry by the Catholic Theological Union, the same year Our Lady of Guadalupe Retreat House was established with Msgr. Arturo as a founding board member. He is a popular speaker and teacher, covering a wide range of topics including theology, faith, and politics.

Bañuelas has been recognized nationally for his advocacy on behalf of immigrants and farmworkers, and for his work regarding matters of life and justice at the border.

About his parishioners Msgr. Arturo said, "Treat them like adults instead of children. The needs are there and the gifts surface."

He will retire from full-time ministry in July 2022.

Click here to make a donation in honor or memory of a beloved priest. We can notify them about your thoughtful gift or you can remain anonymous.