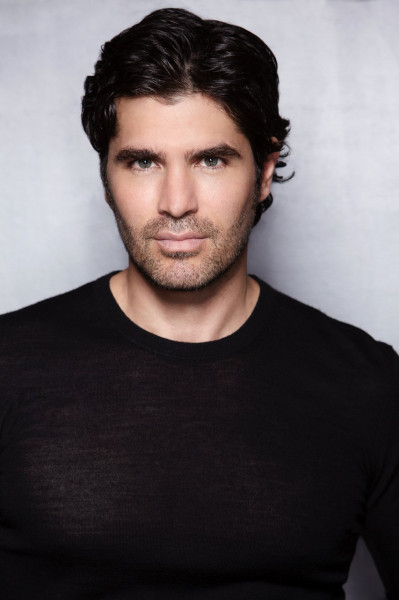 Eduardo Verástegui was born on May 21, 1974 in Mante, Tamaulipas, Mexico. He is an actor, producer, businessman and philanthropist. He will speak to us live during the 15th Annual Foundation of Faith Event: Ignite Your Hearts.

In 2004, Eduardo started the production company Metanoia Films, with the goal of producing films that had the potential to not only entertain but also to make a difference in society.

He produced and starred in the film Bella (2006) which won the People’s Choice Award at the Toronto International Film Festival. The film also won the Grand Prize at the Heartland Film Festival and the Legacy Award from the Smithsonian Museum.

In 2007, Eduardo founded Manto de Guadalupe, a nonprofit organization focused on helping those lacking food, shelter, access to healthcare and education in local communities and around the world.

He acted in The Butterfly Circus (2009), a short film that won numerous film festival awards and garnered 30 million views on YouTube. He took a supporting role alongside Andy Garcia, Eva Longoria, and Peter O'Toole in the film For Greater Glory: The True Story of Cristiada (2012), and served as an executive producer on the Spanish Language version of his film, Son of God, and to be the voice of Jesus Christ (2013).

Eduardo co-starred alongside Kevin James in the movie, Paul Blart: Mall Cop 2 (2015) and alongside Oscar-nominated

Eduardo is currently producing two new films. Sound of Freedom dives into the global issue of human trafficking by telling the true story of a former CIA agent. It is scheduled to be released in 2022. Mary recounts the historical and biblical chapter of the killing of the innocent during the reign of King Herod.

15th Annual Foundation of Faith Event: Ignite Your Hearts
The virtual event is set for Thursday September 23, 2021 at 7pm and will be live streamed on YouTube. The in-person VIP event begins at 5:30pm with cocktails and heavy hors d'oeuvres. It includes special seating for the virtual event with VIP attendees, swag bags, a tour of The Manor, photo opportunities, and more.

Registrations for the virtual experience are $75 per household and include a surprise swag bag and your code to "enter". Sponsors of $1,000 and up will receive invitations to the in-person VIP experience with Mark Hart. Seating is limited.

This year, the Catholic Foundation will present Bishop Mark with the Dei Gratia Award honoring the Diocese of El Paso Clergy and Religious for their heroic ministry during the pandemic.

Click here for details, tickets, and more information, visit fofevent.org or call the Catholic Foundation at (915) 872-8412.