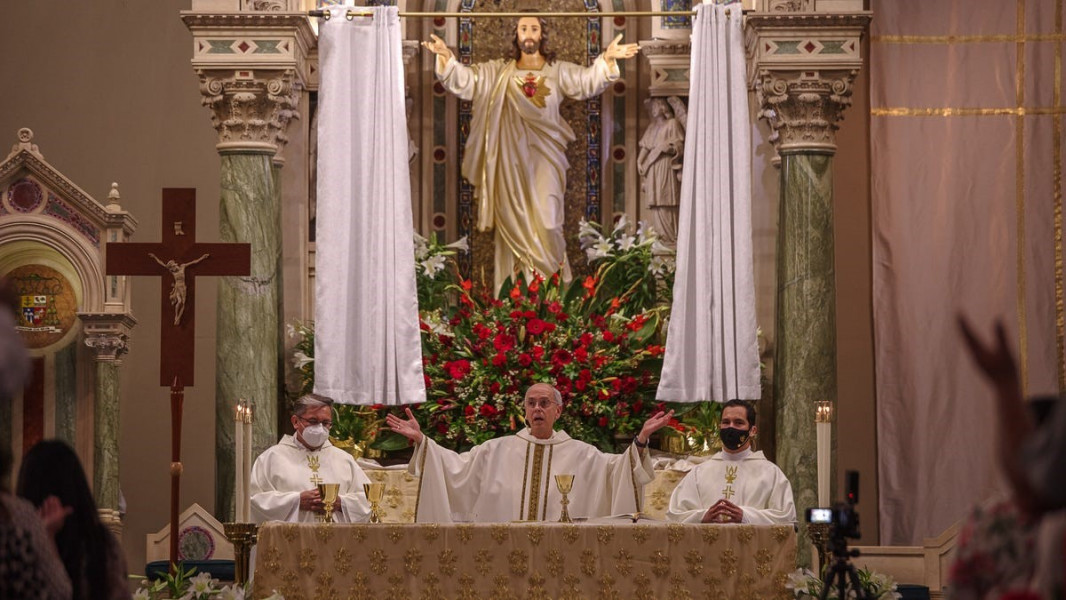 The restored Sacred Heart of Jesus statue was unveiled during the recording of the Divine Mercy Mass at the St. Patrick Cathedral on April 8, 2021. Parishioners were visibly moved and in awe, some in tears. They took photos and video and a rousing applause went on for minutes.

After months of praying and patiently waiting, Bishop Mark Seitz expressed joy and gratitude at having the statue back. In an interview with the media following the celebration of Mass, he said, "We have seen an amazing restoration of something we thought we had lost. We certainly see the hand of God's providence in that the company that made the statue is still in existence in Chicago. They were able to restore the statue in an incredible way. This statue has represented Jesus Christ welcoming people into this church and into El Paso. How fitting that it was at Easter time that it came back."

Located on the Northeast corner of Mesa and Arizona, the Cathedral is a work of art and an historic landmark. On November 19, 1917, the finished St. Patrick Church was officially designated by Bishop Schuler as the Cathedral for the Diocese of El Paso. The dedication ceremony took place on Thanksgiving Day, November 29, 1917. The statue has been at the Cathedral almost that entire time and was made by Daprato Statuary Company, now Daprato Rigali Studios, founded in 1860. Watch the video to learn more about their remarkable story and make a point to visit the Cathedral and say a prayer in front of the Sacred Heart of Jesus.