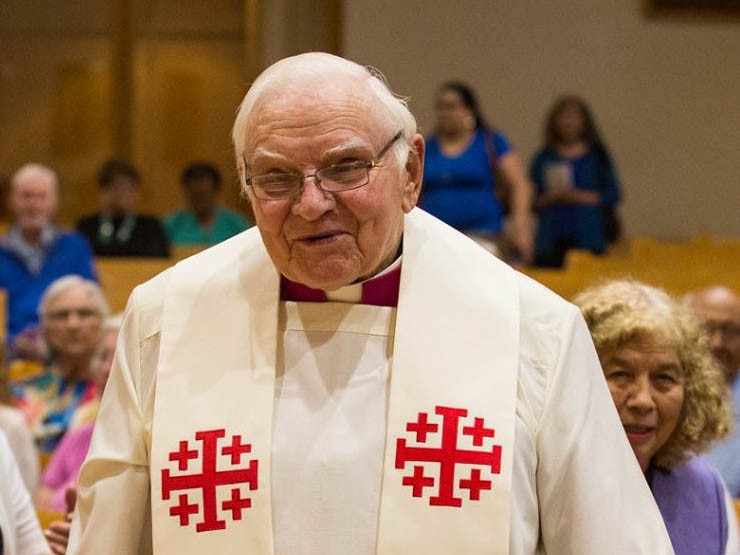 Francis J. Smith was born in Chicago on May 20, 1934. He was the grandchild of Eastern European immigrants who came through Ellis Island and were renamed Smith when no one could pronounce their family name. He attended Catholic schools and ran the streets with his brother, Freddy, who was only 10 months younger. His father was a steelworker and his mother was a strict disciplinarian. His Chicago working class upbringing drove his approach to the priesthood and he has been described as unique, straightforward, and street smart.

Msgr. Smith served at St. Joseph Parish as an associate, All Saints Parish as pastor as well as at St. Pius X Parish when he was given the title of Monsignor, and finally at St. Raphael Parish where he would serve the school and parish for three decades. In honor of his retirement, an endowed scholarship fund for St. Raphael School was established in his name. The Reverend Monsignor Francis J. Smith Scholarship Fund for St. Raphael School provides scholarships for young students who could not otherwise afford to attend St. Raphael Catholic School; these students are known as the Rev. Msgr. Francis J. Smith Scholars. 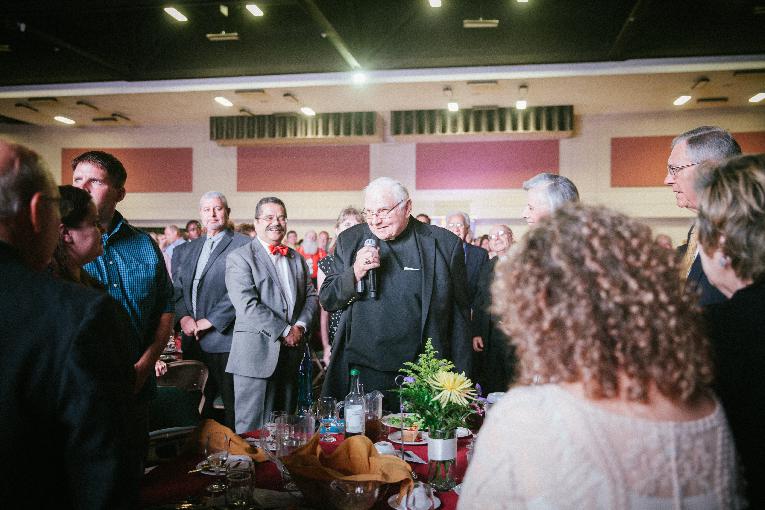 Msgr. Smith was honored as the first recipient of the Foundation’s Dei Gratia Award during the 9th Annual Foundation of Faith Dinner on September 17, 2015. The crowd laughed when Msgr. Smith quoted another Chicago native, Jack Benny, as he accepted his award with Benny's famous line: "I don't deserve this award, but I have arthritis and I don't deserve that either." On a serious note he said, he “always saw God in the people he served”. Msgr. Smith was ordained on May 25, 1967 and served the Diocese of El Paso as a priest for 53 years. He continued to serve on boards and give of his time, resources, and expertise following his retirement in 2015.

The Dei Gratia Award, Latin for “By the Grace of God”, recognizes an individual, couple, or organization for their servant leadership, outstanding contribution to the Diocese of El Paso and our Catholic community, and their dedication to being good stewards of God’s grace.

Msgr. Smith was passionate about taking care of priests in their retirement and St. Raphael School. Therefore, the Foundation is inviting the community to support the Retired Priest Appreciation Fund and the Reverend Monsignor Francis J. Smith Scholarship Fund for St. Raphael School in memory of Msgr. Smith† It is said that Msgr. Smith told many brides and Quinceañeras that flowers were a waste of money so honoring him with donations that will directly impact the lives of his brother priests and Catholic school students are great ways to honor his legacy. Gifts in any amount are welcome and will provide funding for the causes Msgr. Smith loved.