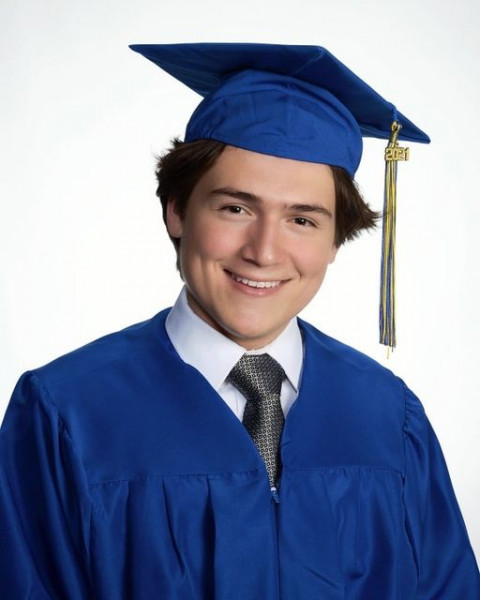 When Matthew Montes walked across the stage on May 15, 2021 to receive his high school diploma from Cathedral, he became the 15th man in his family to graduate from the all-boys school, established by the Sisters of Loretto and run by the Christian Brothers.

Telésforo and his wife, María Quirina Alderete, had 12 children, including Josefa Montes, who became a Sister of Loretto, and was known as Sister Petra.

Conrado Virgilio Montes, great-grandson of Telésforo Montes, and Matthew's great-grandfather, shared that in addition to his service and leadership, Telésforo was instrumental in bringing the Sisters of Loretto to San Elizario to establish a school. The official request to bring the Sisters from Kentucky was made by Reverend Peter Bourgade, then pastor of the church at the presidio.

The Sisters established the first Catholic preparatory school for women in the Southwest in 1879, the first Lorettine school in Texas, where "young women could receive a rigorous and challenging education in a supportive environment."

Telesforo’s granddaughter María, the daughter of Marina Jenara Montes and Carlos García, was the valedictorian of her graduating class at Loretto Academy in 1892. This was the last class to graduate in San Elizario before the Academy was moved to El Paso.

The first member of the family to graduate from Cathedral was Gustavo Edmundo Montes. He graduated in 1936 as valedictorian, and went on to get his Bachelor of Science, Master of Science, and Ph.D. in Chemical Engineering at The University of Texas at Austin.

Conrado, the valedictorian of his class at Guardian Angel on a scholarship to Cathedral, said that Brother Simon, one of his teachers, told him that he had just read a very interesting book about Texas. He asked Conrado if he was related to a Telésforo Montes. Conrado had no idea but Brother Simon wouldn't accept that for an answer. He challenged Conrado to learn more. He went home and asked his father.

It turned out that Telésforo was his great-great grandfather and a very important figure in the history of San Elizario, Texas, and the region.

Matthew's great-grandfather, José Jesús Montes, had sisters who married into the Madrid family. There were four Madrid men who graduated from Cathedral High School: Oscar, '57, Hector, '58, Carlos, '59, and Luis, '65.

Matthew Montes was accepted to the University of San Francisco and The University of Texas at El Paso and starts college in the fall. It's too early to know if a fifth generation will carry on the tradition, but certainly Telésforo would be incredibly proud of his legacy.

If you have a story about Catholic schools and contributions of religious brothers and sisters you would like to share, please contact Major Gifts Officer Sofía Larkin at (915) 872-8412 or slarkin@elpasodiocese.org.