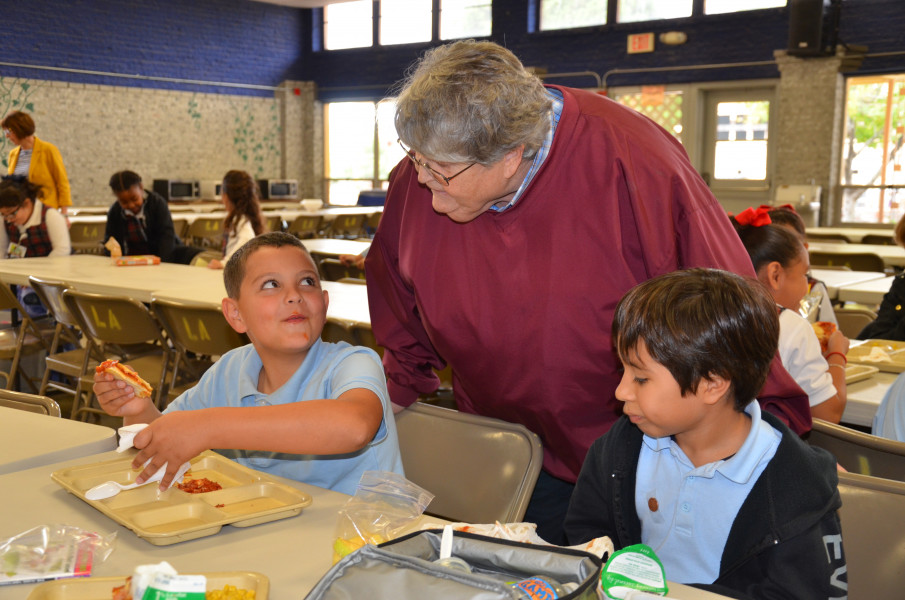 On October 7, 2021, Sister Mary E. "Buffy" Boesen, SL, announced her retirement from Loretto Academy after serving as the school's President for 21 years.

She shared, "After much prayer and deliberation, it is with a heavy heart that I write to inform you of my decision to retire. My years at Loretto have been full of laughter, happiness, joy, and even a few trials. I have learned so much from all of you and I am grateful for the support you have given me."

She came to Loretto Academy in 2000 to serve as Interim President for one year and return to Denver where she had lived for 22 years. God had other plans. As Sister Buffy wrote in her letter announcing her retirement, "I fell in love with all things Loretto: the Sisters of Loretto and Co-members, the children, faculty, staff. There were so many opportunities for growth and fun that I applied again for the 'permanent' position."

Mary Elizabeth Boesen, affectionately known as Buffy, became a Sister of Loretto in 1978. She said the order of the Sisters of Loretto, whose charism is education, was a good fit for her, and that she could make a bigger difference in the world as part of something bigger than herself.

Three young women established the Loretto order on April 25, 1812. Their mission was to educate the poor children of the frontier. The Loretto motherhouse is in Nerinx, Kentucky, but the Sisters of Loretto and Co-members can be found in 29 states and nine foreign countries. Loretto ministries span education, advocacy, health care, hospice and lobbying. The sisters are teachers, nurses, social workers, mathematicians, artists, spiritual directors, lawyers and administrators.

The achievements of the Sisters of Loretto in El Paso were celebrated with the Catholic Foundation's 2018 Dei Gratia Award, and by alumna Estefania Seyffert in the KTSM 9 News special, "Loretto Academy: A Century in the Making".

Sister Buffy has an extensive background in education and spent fifteen years in the classroom in Colorado, Kentucky, and Iowa. She received a Bachelor of Arts from Creighton University in 1971, Master of Arts in Special Education from the University of Northern Colorado in 1975, and a Master of Social Work from the University of Denver in 1992. Sister Buffy has served on the Sisters of Loretto Executive Committee for nine years, the Finance Committee for 12 years, and the Investment Committee, overseeing socially responsible and alternative investments, for 40 years.

She has lived a life of service and always sought to embody Loretto values — Working for Justice and Acting for Peace; Because the Gospel Urges Us; Faith, Justice, Community, Respect. A highlight for Sister Buffy was walking across the United States in 1986 on the Great Peace March for Global Nuclear Disarmament.

She says she has loved her time at Loretto. "The students have given me life. I have made great friendships with students, teachers, staff and administrators. I treasure those relationships. The goodness I have experienced here is a font of endless joy and energy for me."


After retirement from Loretto Academy, Sister Buffy looks forward to traveling, spending time with family, and connecting with friends. El Paso will serve as her home base. She will explore ways to be involved in the Loretto Community and the El Paso community after a short sabbatical.

She hopes to be remembered for her efforts to create an inclusive, diverse community. "A community that learned together with all of our cultural, economic, philosophical differences, to create a vibrant community of faith seeking justice with respect for all of creation."

It is anticipated that the new President of Loretto Academy will be appointed in early spring. Sister Buffy will stay on as President Emerita until after graduation to ensure a smooth transition and to support the success of the new president.

Sister Buffy closed her retirement announcement with the following. "I ask for your forgiveness for the times I stumbled or failed to live up to your expectations. I am grateful to those of you who helped me in my decision-making processes throughout the years. We worked together to do what was best for our students. Blessings to all of you."

"Celebrate and share the gifts of the Spirit! What we can’t do alone, we can do together.” 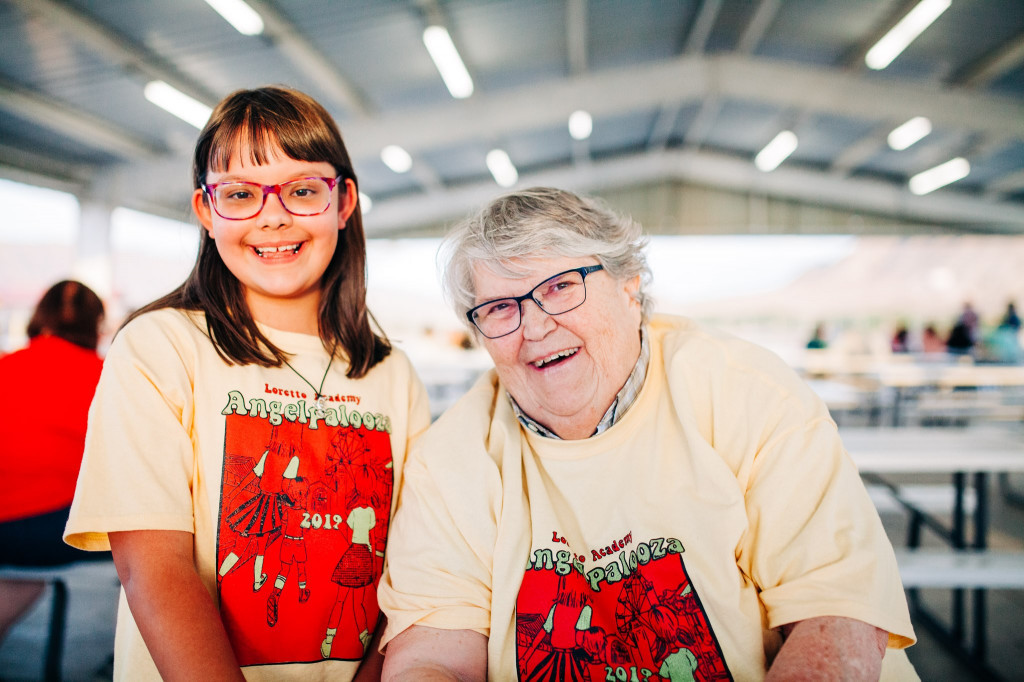 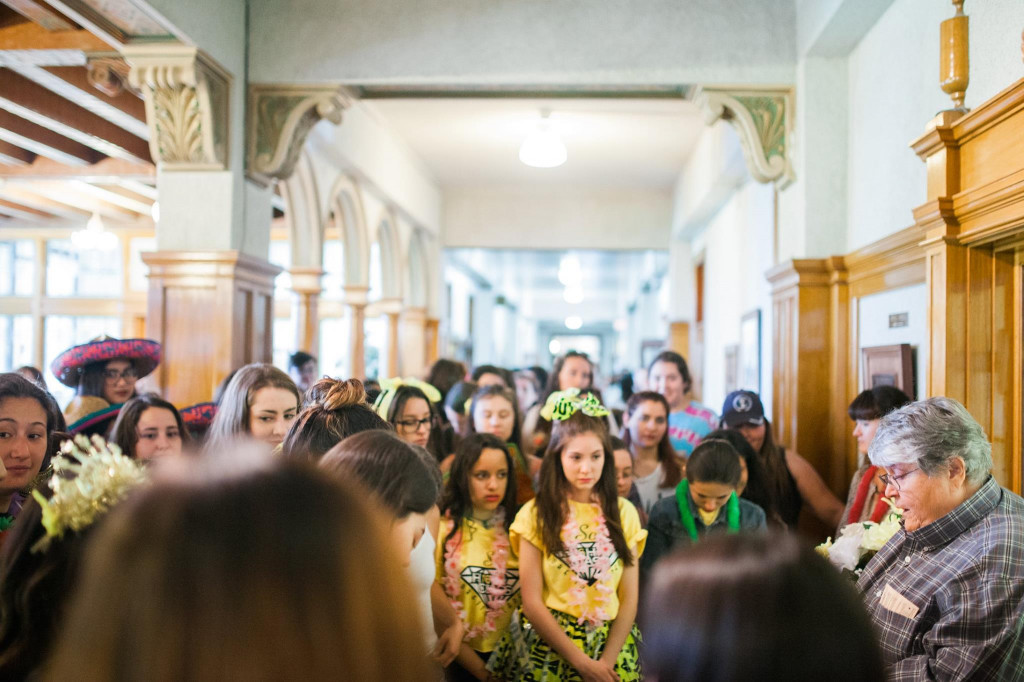 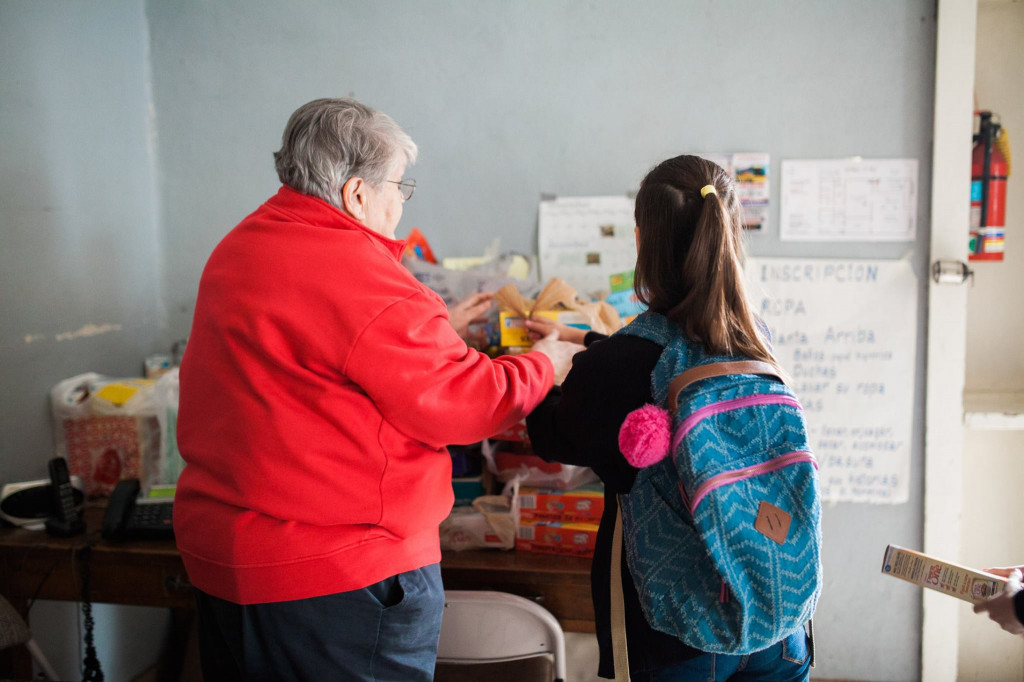 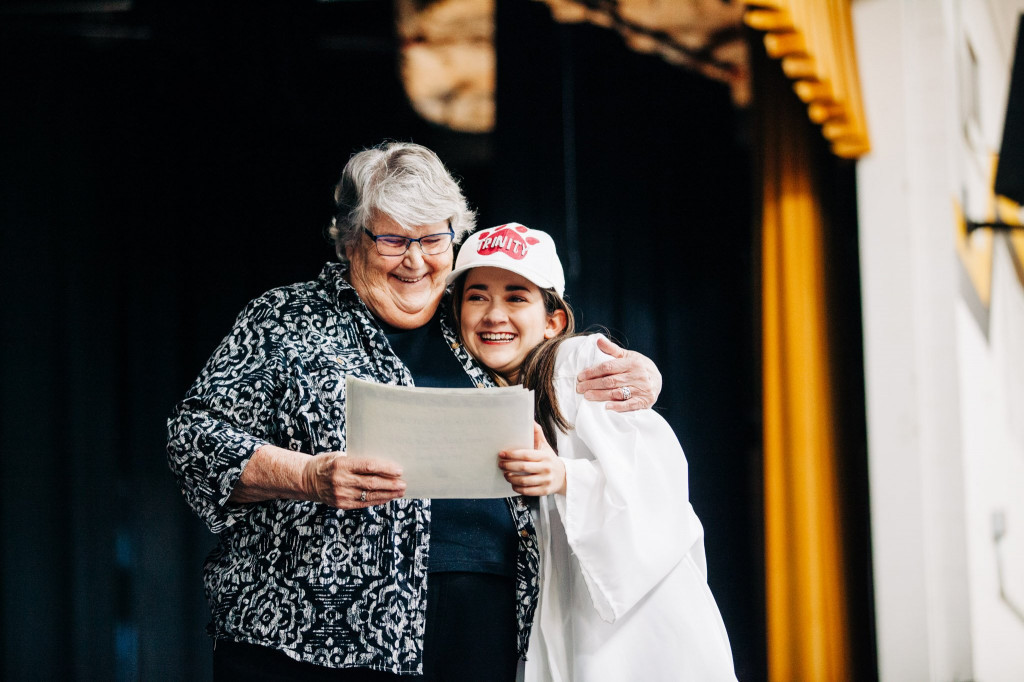 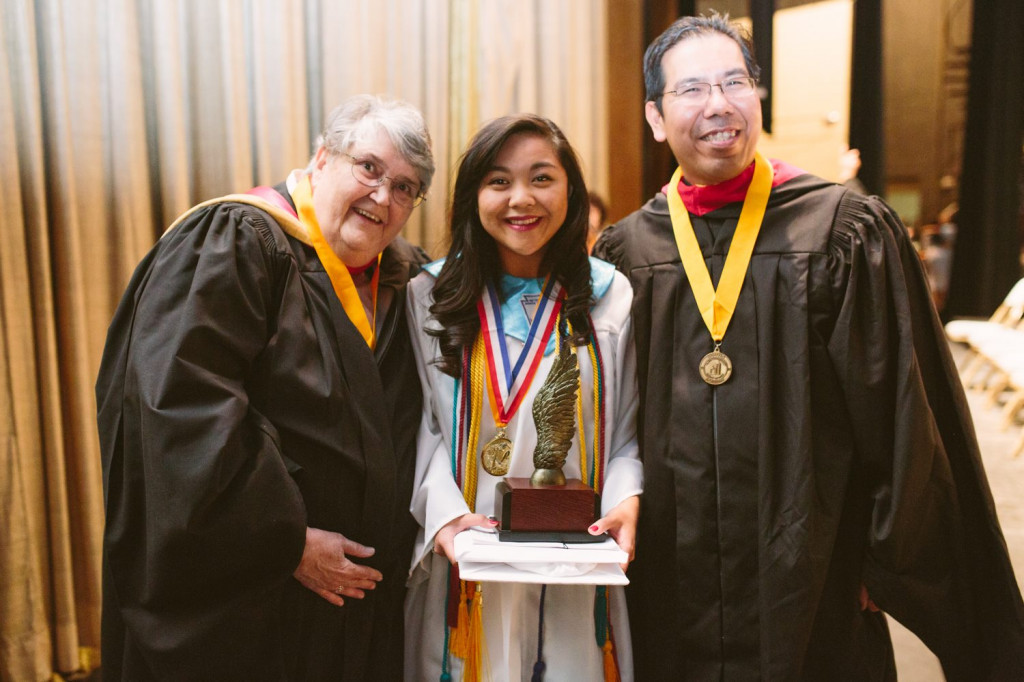 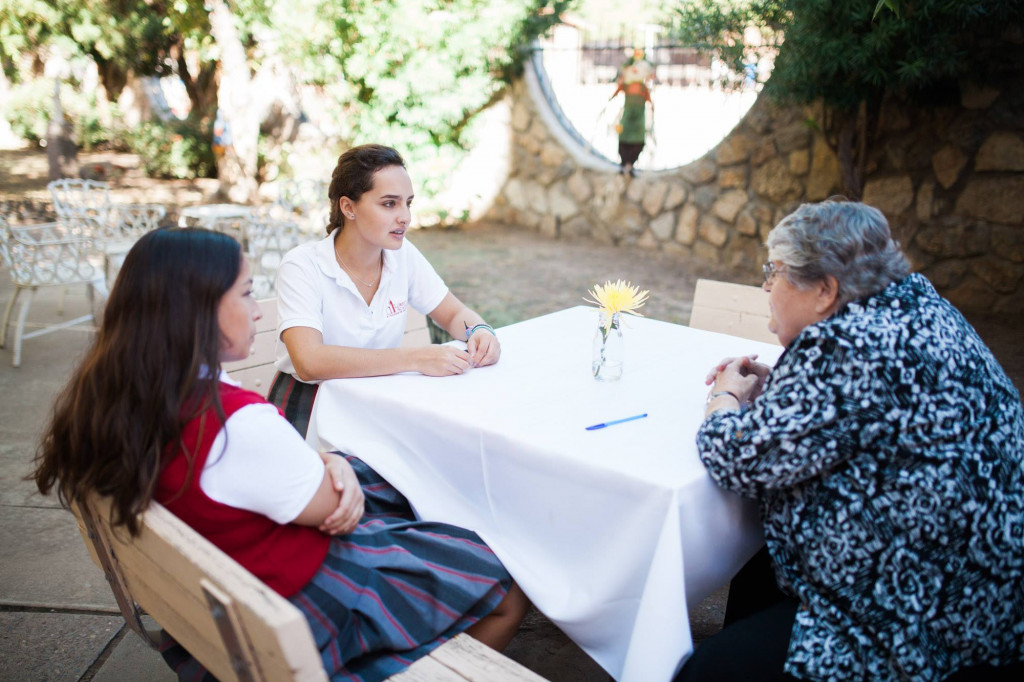 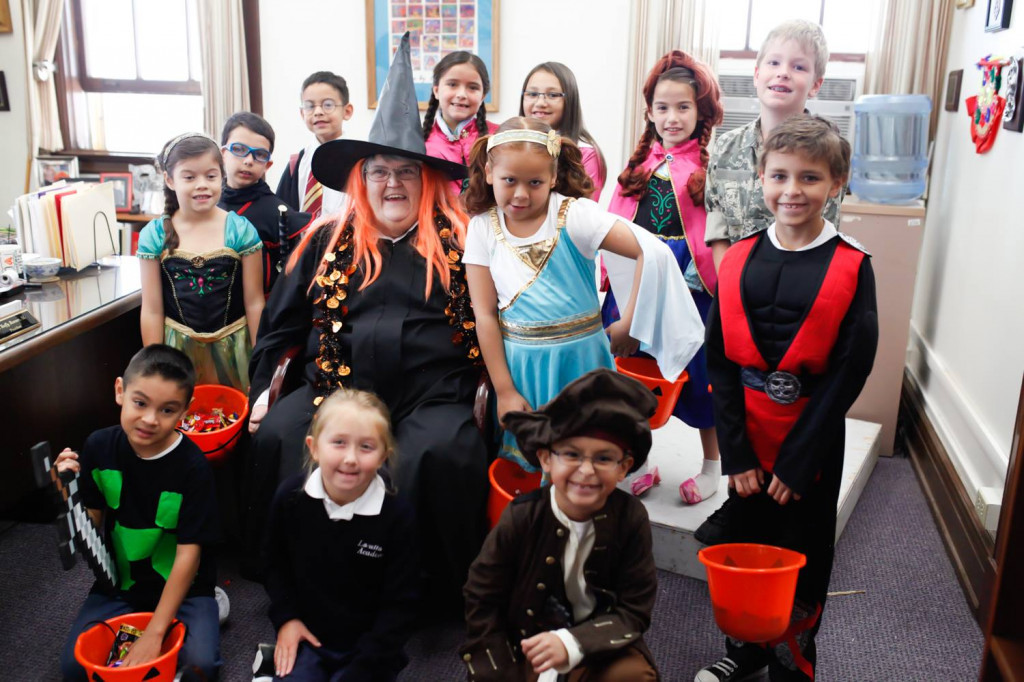 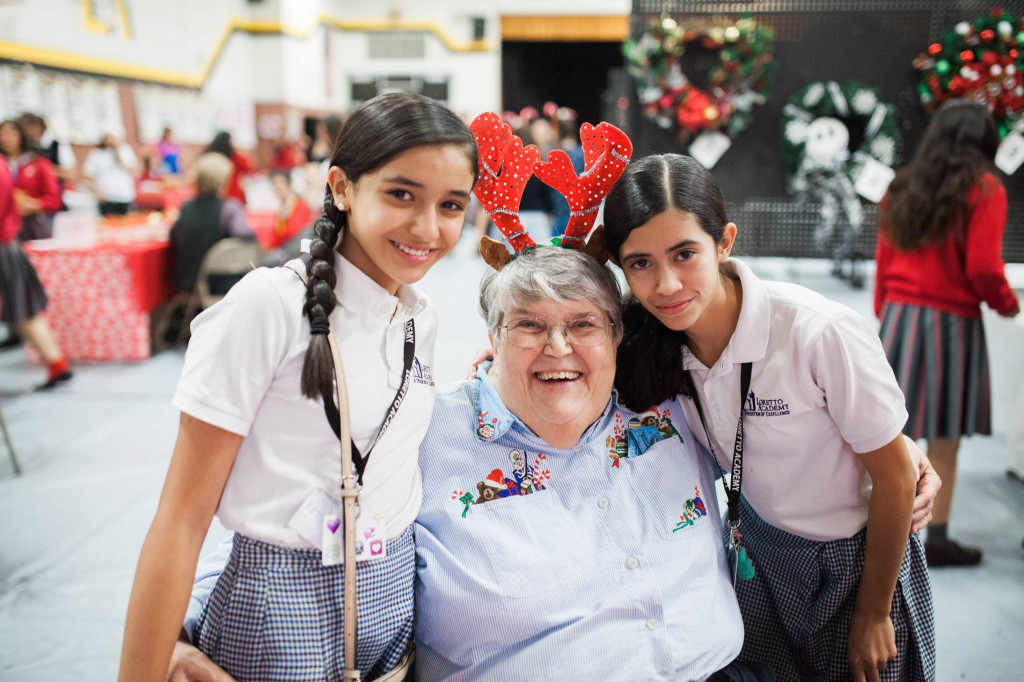