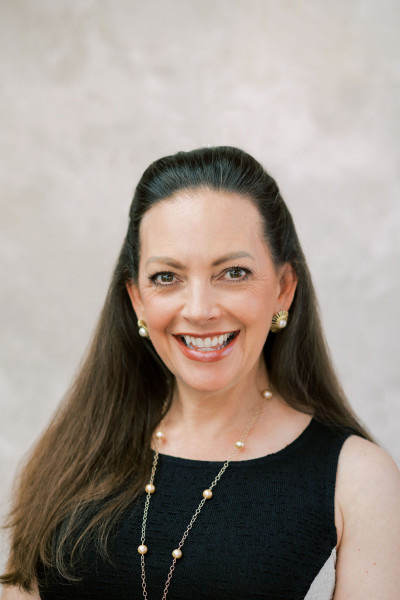 After nine years of service, Sofía Larkin has bid a fond farewell as the Major Gifts Officer of the Catholic Foundation for the Diocese of El Paso. Sofia has played an integral role in the growth of the Catholic Foundation over the years, built valuable partnerships within the catholic community, and created successes in donor relations, events, and communication as well as many other accomplishments.

She helped grow the Catholic Legacy Fund, the Catholic Foundation's endowment program, from $10 million in 2013 to over $21 million in 2021. She was also valuable to coordinating and developing the current Catholic Foundation Scholarships and Planned Giving programs, and essential to the addition of over 30 new permanent endowed funds, and numerous Named Funds. Sofia worked to procure the Catholic Foundation's partnership with FreeWill, and utilized her event planning expertise to create unique fundraising, cultivation, and stewardship events, including "Bowling for Seminarians", the "We Need to Talk" estate planning seminars, and "Alamo Movie Night for Seminarians."

During her tenure, she enhanced the Foundation of Faith Dinner in collaboration with her event committee, added the annual Dei Gratia Award, brought dynamic speakers to El Paso and enjoyed sharing what was happening across the Diocese of El Paso. She was a regular contributor to the Rio Grande Catholic, and wrote hundreds of stories for the Catholic Foundation's website.

Linda Caro, COO stated, "We are incredibly grateful to Sofia for the energy, vision, and heart that she dedicated to our organization over the years. Sofia leaves the Catholic Foundation in a strong position for continued growth and we sincerely thank her for her contributions. We wish her the absolute best in all her future plans and endeavors."

The Board of Directors is currently undergoing a search for a new Major Gifts Officer.