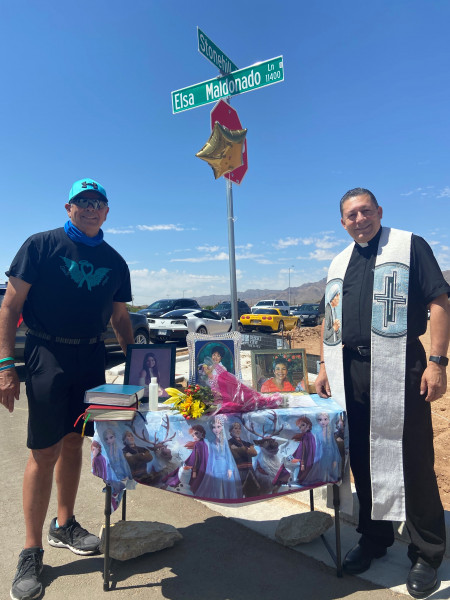 El Paso street signs tell great stories. Hawkins was named for the Hawkins Family, owners of Hawkins Dairy, Morehead after the pioneer banker who established State National Bank in 1881, and Ange, angel in French, the wife of Dr. J.A. McKinney, a prominent citizen of the 1880's. One of the newest streets in our community is Elsa Maldonado Lane. Her story is inspiring.

Elsa was born in El Paso on October 12, 1956. She attended Blessed Sacrament School, graduated from Loretto Academy in 1974, and was a 1977 Honors graduate of The University of Texas at El Paso. She was the only child in her family to attend Catholic school all the way through high school. Nuns had a profound effect on Elsa, so much so that she considered becoming a religious sister. She would eventually choose marriage and motherhood, but used her extraordinary spiritual gifts to lead and heal others her entire life. Elsa met her soul mate, Victor, in 1973 at Furr's Supermarket at Hondo Pass and Dyer (named for John L. Dyer, a lawyer, City Attorney, and Secretary for the Grandview Realty Company). It was a match made in heaven and their union would last 39 years.

As a parishioner of Queen of Peace, Elsa was active, led, or at one time participated in, the Ladies Guild, KINGS Youth Group, Catholic Scripture Studies, Lecturer, Choir, and Chaplet of the Divine Mercy on first Friday. She organized and recited an annual Patriotic Rosary every July 4th, and attended Mass daily. She attended the first ACTS retreat held in El Paso and eventually served several times on Team. She was an ACTS Co-Director, Director, Spiritual Director and Music Ministry Director. As part of her devotion to Our Blessed Mother, Elsa made pilgrimages to the Holy Ground of Medjugorje, to the Shrines of Fatima, and twice to Lourdes.

Elsa's passing in 2017 after a valiant battle with cancer left her husband and self-proclaimed trail and tent mate, Victor, reeling from the loss and focused on keeping her memory alive. In 2019, he attended the 13th Annual Foundation of Faith Dinner: When We Sing, We Pray Twice with Catholic singer songwriter Matt Maher, and discovered an opportunity to do something special for his angel. He purchased the Name Your Own Street sign package, donated by CareFree Homes, because it reminded him of Elsa's strength, grace, and tenacity when they walked the Camino de Santiago following her third round of chemotherapy, and brought to mind the Way of St. James, which goes from Jean Pied de Port in France to Santiago de Compostela in Spain.


On Saturday, May 22, Father Edilberto "Beto" López, pastor of St. Pius X Parish in the Diocese of El Paso and family friend, blessed Elsa Maldonado Lane. Victor invited family, friends, and the Queen of Peace community to enjoy breakfast, fellowship, and a blessing in celebration of the life of a beautiful woman of God and faith. That same morning while setting up, Victor met a future homeowner and invited him to bring his wife and son to the blessing. The joyful event included burritos and donuts, reunions, laughter, tears, prayer, and songs of praise for the glorious day. Victor made everyone feel welcome and special. It was a day to remember and a testament to our Catholic faith. Elsa Maldonado Lane, located in Northeast El Paso where Victor and Elsa grew up, has a beautiful view of the Franklin Mountains. It's a location fit for a queen, now welcoming new families to the neighborhood to live joyfully and happily ever after.

Join us for the 15th Annual Foundation of Faith Event: Ignite Your Hearts with keynote Mark Hart and musical guest Sarah Hart on Thursday, September 23. The event will be livestreamed on YouTube. You will have the opportunity to name your own street sign! 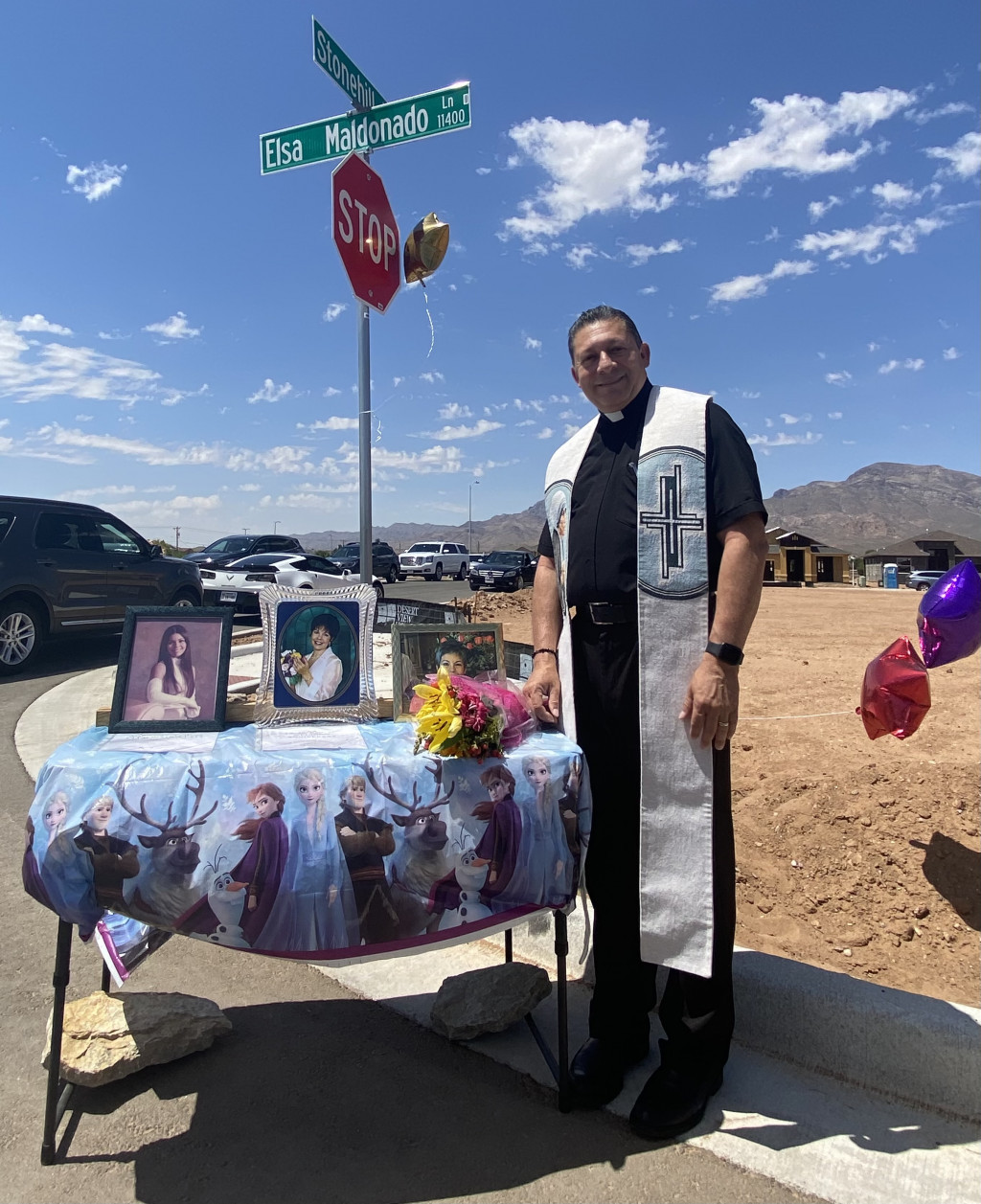 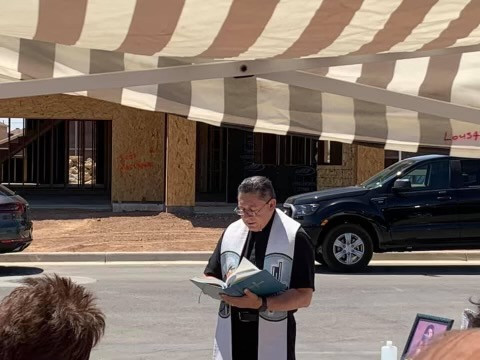 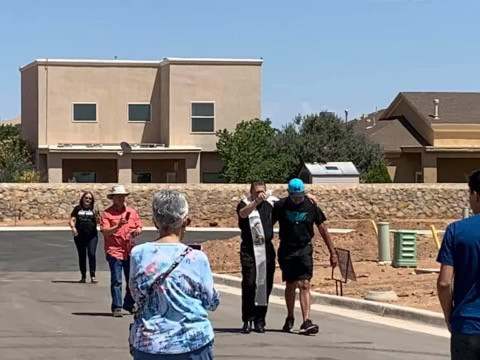 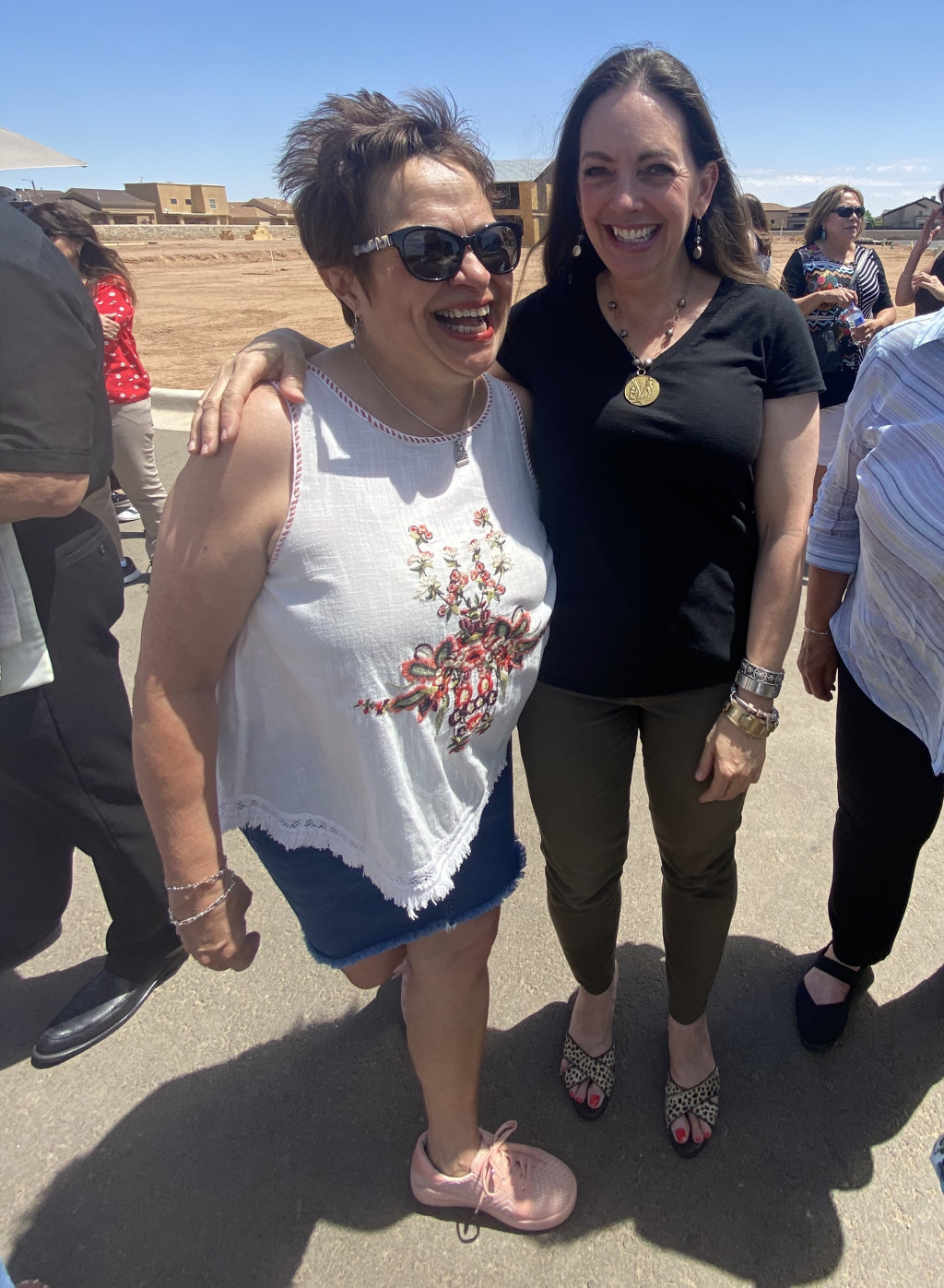